Recently, I wrote a piece highlighting some of the lessons I have learned about leadership in South East Asia as an expat living in the region. This time, I’d like to share some of my suggestions about how businesses can increase employee retention – an area that is always a challenge!

The reality is that there is no silver bullet for retaining solid to high-performers and we will all at times face unexpected surprises when they resign. But I firmly believe that retention can be significantly improved if businesses and managers do their utmost to continually evolve, reimagine and redefine their people policies and invest in nurturing leaders.

In recent conversations with a client, he described the Indonesian government policy as being focused on “here and now” without much of a longer-term strategy. This mentality is also one that is held by many millennials, where emphasis is placed on shorter-term gains and rewards.

Take the mass migration that typically follows bonus payouts. I always wondered why more companies do not adopt a more steady approach to bonuses (for example, have the bonus amount divided over several payouts) to reduce this cyclical movement. It will certainly help the company’s cash flow and give the organization a chance to reduce impulsive resignations based primarily on monetary gain.

I am not a fan of the Jack Welch school of thought which advocates removing the bottom 10% of performers, but I do believe that the top 10% should be rewarded handsomely. Perfunctory annual pay rises often do nothing other than satisfy employees’ urge to be earning more money than the previous year. Is the pay rise motivating? Does it reflect the effort you put in over the year?

Therefore, I recommend a clear scale of pay gradients directly linked to performance. For instance, companies may want to consider offering a 0, 2.5, 5, or 10% annual increase based on an employee’s performance. There is a caveat though — the organization needs to have objective performance measurement metrics in place.

Having pay raises clearly tagged to performance will highly likely reduce the number of high performers who resign, fed up of earning similar salaries to the mediocrity surrounding them. Furthermore, those with 0% pay rises will also get the message…eventually.

3. Have a real diversity and equality agenda

In emerging markets such as Indonesia, it is often tempting to think that diversity and inclusion issues are not as prominent as in the more developed countries. However, in this part of the world where the family nucleus is often held in great importance, how many people do we lose because of family-related issues?

How many times have you faced women choosing not to return to the workforce following maternity leave, individuals resigning to take care of a loved one who has taken ill, or locals leaving an organisation due to cultural differences with a foreign management team?

4. Be creative – go beyond the day job

Whether this is done through CSR campaigns, team workshops, training or giving more days of annual leave, it is vital that organisations provide support for an individual to go beyond what he or she has to deliver on a day-to-day basis. Not only does this approach improve internal and external brand equity — organisations can actively promote these work-life balance initiatives — it can also help increase productivity as individuals are able to step out of their daily routine. I have written before that this generation’s workforce is among the most creative, which is why it is highly essential that we harness their energy as early as possible to prevent boredom and them feeling like they are not learning on the job.

Again, linked to this part of the world and also millennials in general, is that sense that if you are not moving upwards you remain stagnant. While it may seem unnecessary to create additional layers/job gradings, I have found that organisations who promote people on a more regular basis with transparent criteria have been able to retain a higher portion of staff. This does not mean promoting people from managers to directors overnight, but instead introducing necessary layers of seniority (for example, senior managers and deputy directors).

Audit agencies and services firms, such as in advertising, have been prime examples of swift acceleration because they are able to create tangible goals which people strive towards — a very useful approach in an impatient age.

6. Use 360 feedback as part of appraisal/performance reviews

I have long been an advocate of 360 performance reviews. Why? I remember being an impatient 25-year-old fairly successful recruiter who thought he was doing everything perfectly and could not fathom why he had not yet been promoted. It was ludicrous to me and incredibly demotivating to not have the recognition I craved.

Then I had my 360 review and was presented with a whole host of reasons why I had (understandably in hindsight) not been promoted!  After recovering from the initial shock of not being perfect, it was incredibly exciting as I was suddenly presented with a raft of improvement opportunities.

Often, self-perception and reality are far apart, causing many frustrations to arise. 360s allow organisations to reveal external perceptions to individuals and motivate many top talent to continue performing, with help from their supervisors.

In sum, as mentioned previously, there is no silver bullet and the above tips are some that have worked for my clients and I. The most important thing around retention is perhaps to keep trying. Do not lose hope just because some people let you down. Think about those that have stayed to be a part of your  personal leadership or business journey and give them the best of yourself.

For more employee retention advice, find out the 5 things that supervisors do which may hinder employee engagement.

While there is often no silver bullet for retaining top-performing employees, businesses can do their best to continually evolve, reimagine and redefine their people policies and invest in nurturing leaders.

If you are looking for a job, visit the Candidates section Should my company start a mentorship program?
Establishing an employee mentoring program within your organisation is cost-effective professional development that…
4 min read 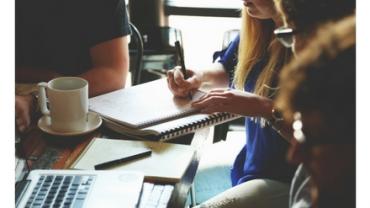 Stepping up: Applying for a management role
Whether you’re looking to move up in your current organisation or are searching for greater responsibilities in a new…
4 min read
Join over 60,000 readers!
Receive free advice to help give you a competitive edge in your career.